LGBTQ+ Literature & the 150+ Year History of the University of Nebraska 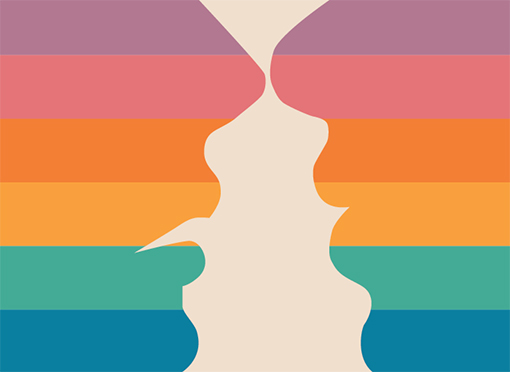 In the 50+ years since the groundbreaking LGBTQ+ course offered by Professor Louis Crompton, a number of master’s and PhD students have worked on projects of LGBTQ+ fiction, poetry, memoir, and scholarship. A watershed moment of celebration for this line of study was in 2018, when the leading award for LGBTQ+ literature, the Lambda Literary Awards, recognized four books by authors who once studied English and writing at UNL:

One of the most celebrated cultural critics writing today, and a bestselling author, Roxane Gay was born and raised in Omaha; author of the much celebrated and iconographic essay collection Bad Feminist, she also writes fiction (An Untamed State, Ayiti). She is also the writer on the Marvel comic series Black Panther: World of Wakanda. In 2018, two of the four UNL alum books were projects by Gay: Hunger, a memoir (which won in the category of “bisexual nonfiction”); and Difficult Women, short fiction. The following year, Not That Bad: Dispatches from Rape Culture, an anthology of essays edited by Gay, won a Lambda Award in its category.

Nominated for her first novel, Marriage of a Thousand Lies, SJ Sindu received her BA and MA in English from UNL. She is also the author of I Once Met You But You Were Dead, a hybrid chapbook of fiction and nonfiction, and a second novel, Blue-Skinned Gods. Marriage of a Thousand Lies was also recognized with an award by The Publishing Triangle, the other leading award for LGBTQ+ authors.

Constance Merritt received a PhD in poetry from UNL English; she grew up in Arkansas, and studied at the Arkansas School for the Blind. In addition to Blind Girl Grunt: The Selected Blues Lyrics and Other Poems (which was a finalist for the Lambda Award), Merritt has published the poetry collections Two Rooms, Blessings and Inclemencies, and A Protocol for Touch.

Other Alumni Recogized with Lambda Awards

Danforth’s novel, The Miseducation of Cameron Post, was her creative dissertation at UNL; it was published as a YA novel, was a finalist for the Lambda Award in 2012, and was made into a movie starring Chloe Grace Moertz, which won the Grand Jury Prize at the Sundance Film Festival. Her latest novel is Plain Bad Heroines.

Naca, also known as Iyawó, earned a PhD in English from UNL, and her collection, Bird Eating Bird, was a finalist for the Lambda Award. The collection was selected by Yusef Komunyakaa for the mtvU National Poetry Series. Naca’s poetry explores her multicultural Puerto Rican and Filipina heritage, sexuality, and interest in linguistics.

Though Abbott herself is not a graduate of UNL, her book, Fairyland, is about her father, Steve Abbott, who grew up in Lincoln, attended UNL, and served as editor of Scrip, the English Department’s student literary journal. After graduating, he moved to San Francisco, where he became a pioneering queer journalist, novelist, poet, and cartoonist. Fairyland was a finalist for a Lambda Award in the category of gay biography.