Unl Activism Against the War in Vietnam

Public opinion of the deployment of United States troops into Vietnam decreased steadily throughout the Vietnam War, resulting in growing dissidence and numerous protests throughout the states. Many of these protests took place on university campuses, led by professors and students vehemently against reemerging imperialist characteristics and the presence U.S. troops on Vietnamese soil. As with most other U.S. universities, the University of Nebraska-Lincoln saw a rise in the political activism of its students during this era, especially related to protesting the ongoing Vietnam War.

“What could a march in Nebraska accomplish in Hanoi?”

On October 15, 1969, citizens across the nation participated in teach-ins and protests known as the Moratorium to End the War in Vietnam. Although the focus shifted from the “New Left” and universities to the everyday, average American and less politic-heavy communities, many universities and their students participated. 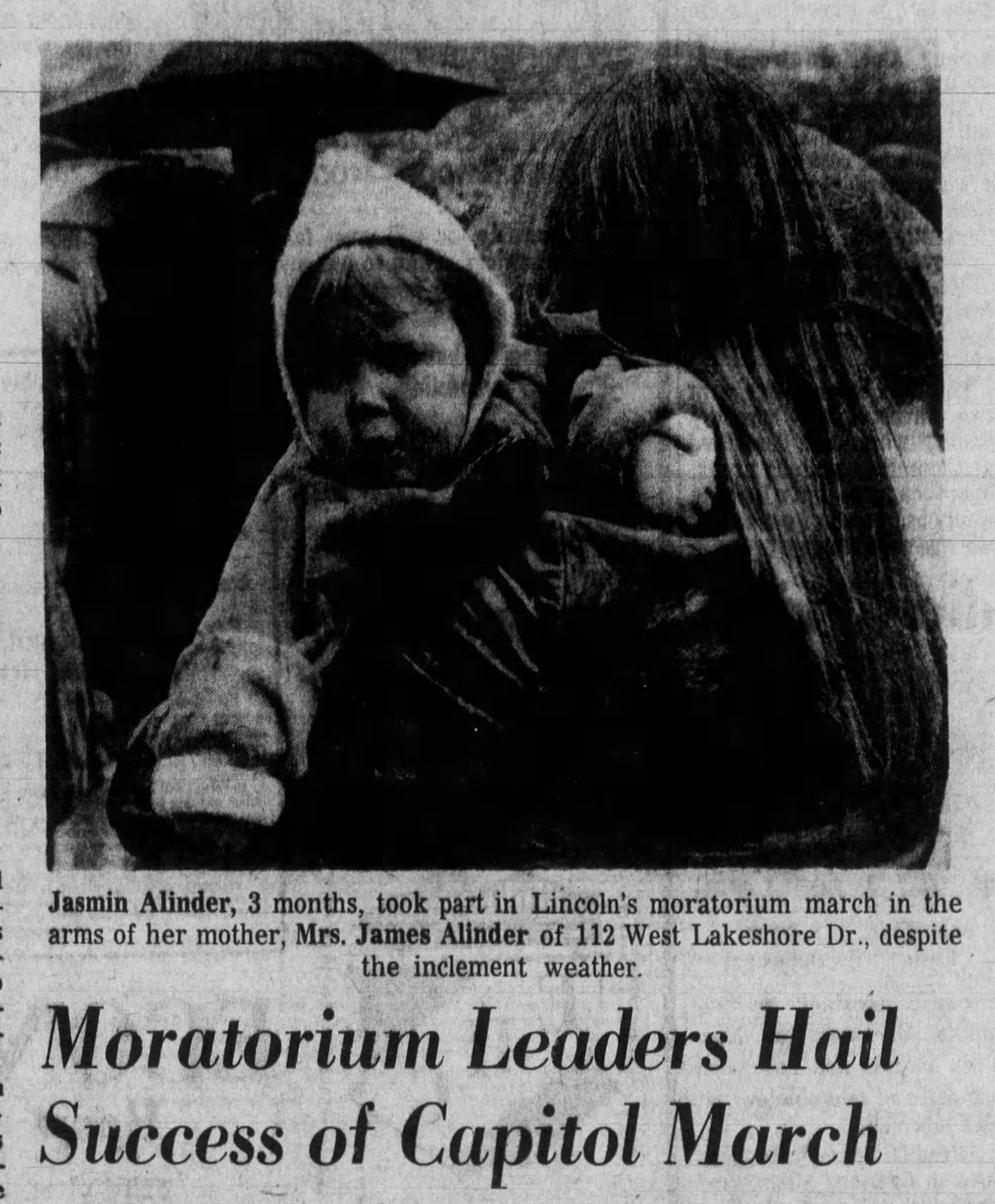 Approximately 4,000 people joined the march. It rained that day, adding to the already somber and mournful tone of the Moratorium.

Following and alongside the event, a series of teach-ins and speeches were held at NU’s Centennial Hall, attended by approximately 2,000 students. 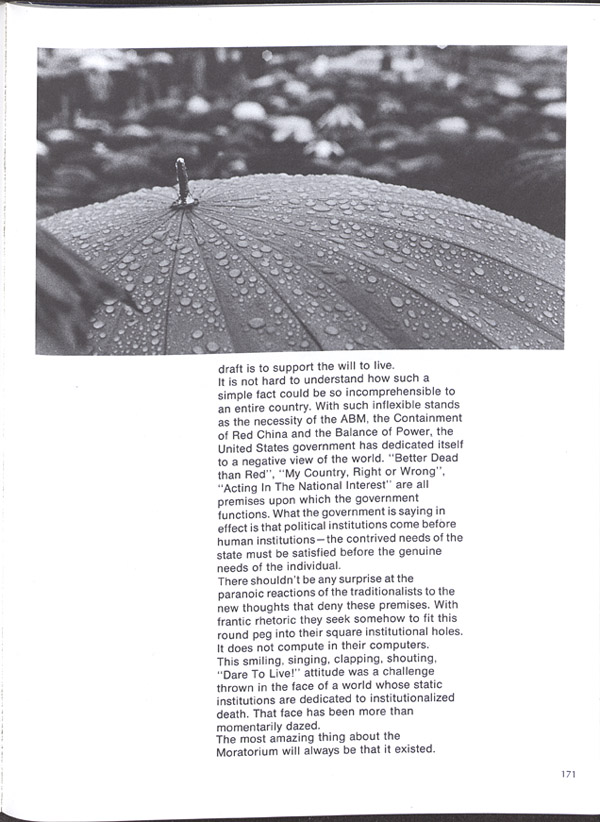 “There was just a whole feeling of something having gone radically wrong with the establishment.”

Events occurring from the last week of April to the first week of May in 1970 were felt all over the country. During this time, Nixon launched his “Cambodian Incursion,” which led to protests and unrest throughout the states. This discomfort and outrage reached a climax on May 4th with the Kent State shootings.

This feeling of national unrest spread to the Midwest and the University of Nebraska-Lincoln. In response to Nixon’s Cambodian plan and the Kent State shootings, over 1,000 students entered the Military and Naval Science Building and peacefully occupied it for 14 hours between May 5-6, 1970. 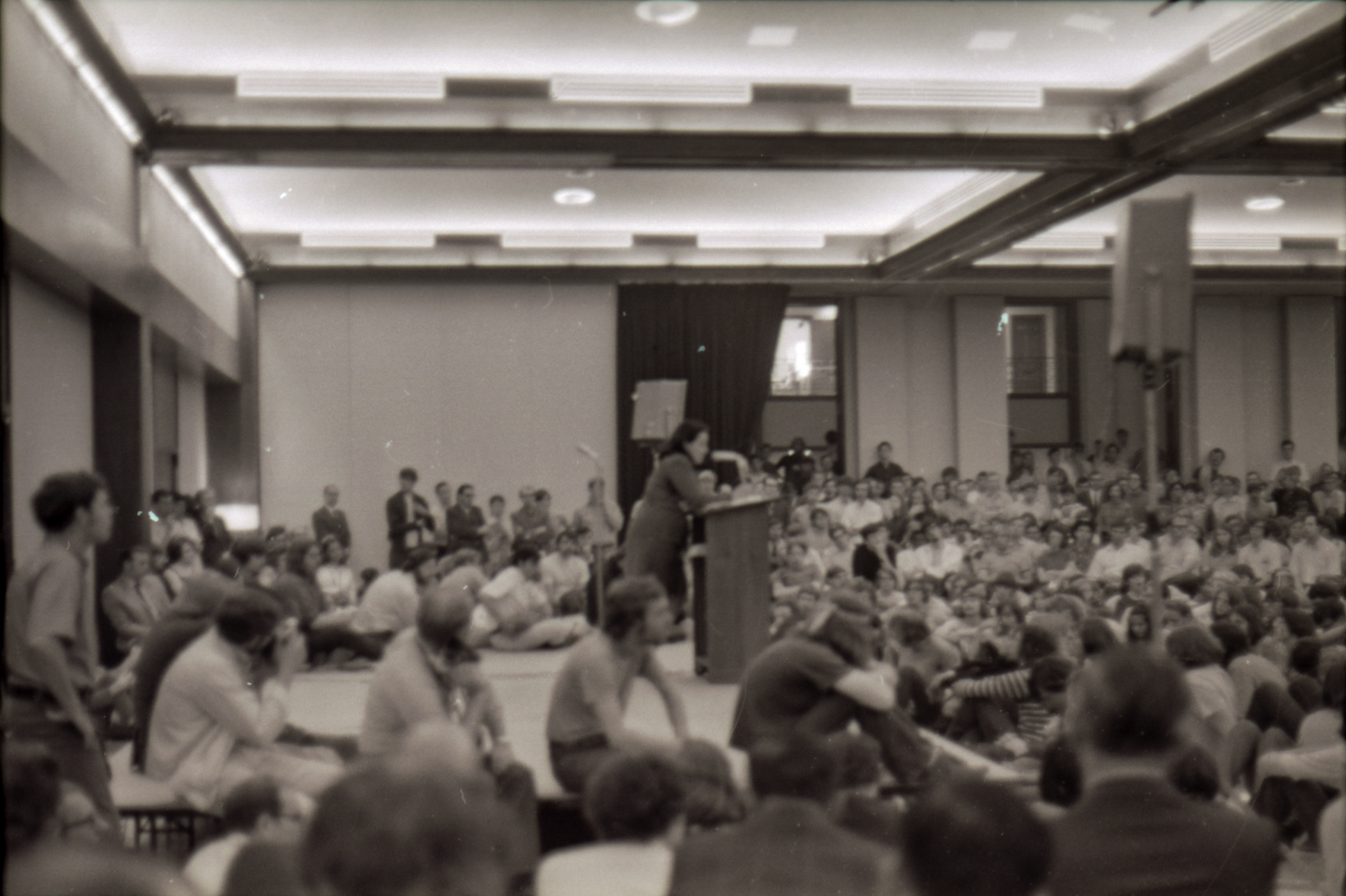 Hours earlier, police arrested 13 of the almost 300 students who were protesting at Selective Service Headquarters to shut down the county draft board for the day.

Directly following the occupation of the Military and Naval Science Building, an estimated group of 5,000, consisting of both students and faculty, petitioned the University Administration and promoted a 3-day student strike against the U.S. presence in Vietnam and southeast Asia. 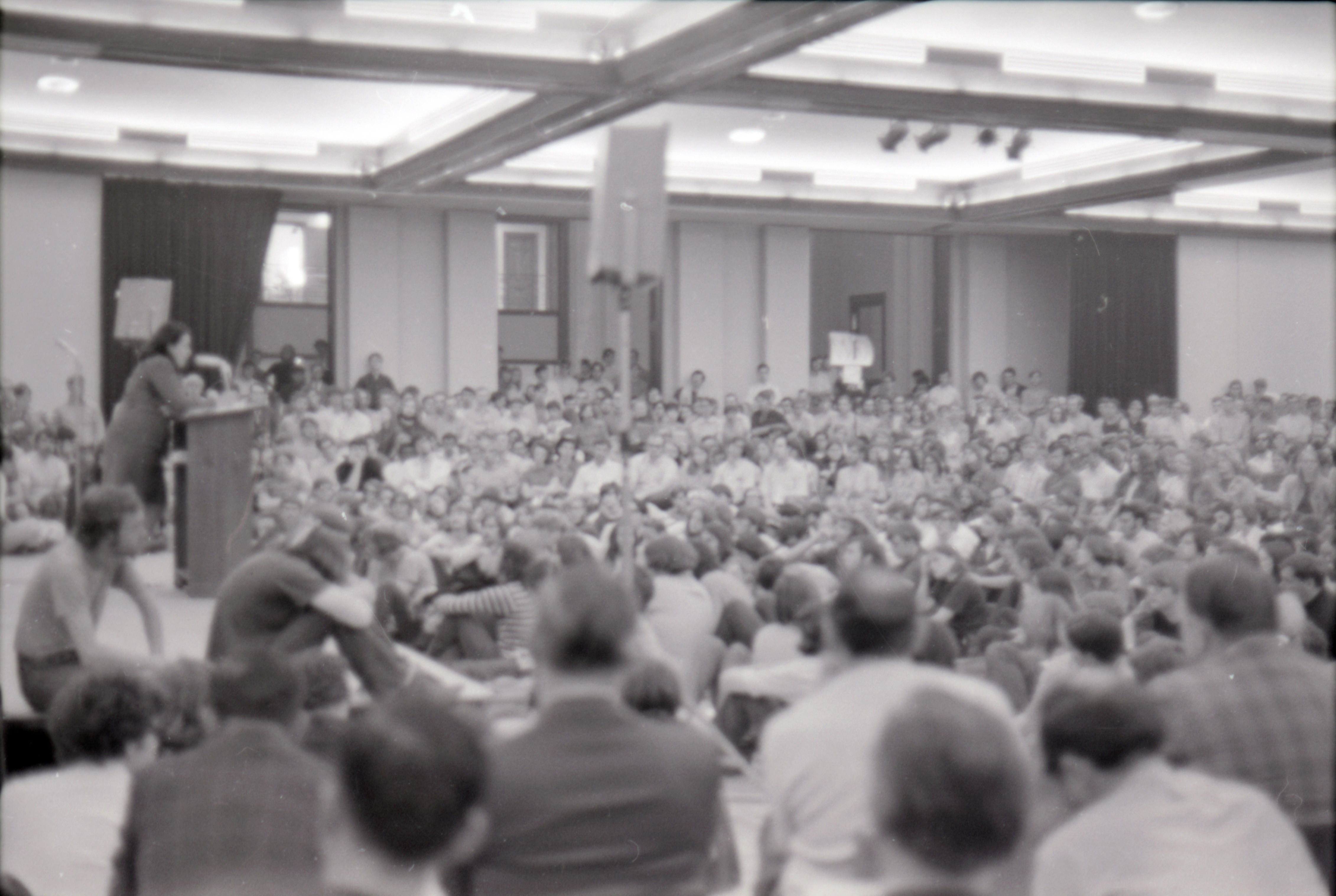 Later that year, a large group of students joined on September 25th for a march starting at Love Library. From there, they would go on to peacefully picket the draft board office.

Some of their signs questioned the use of violence to end violence, others showed their lack of support for General William Westmoreland, most notable for being in command of United States military forces during the Vietnam War. Westmoreland served as Chief of Staff for four years (1968-1972), and despite being active in the public during attempts to show the American public that the U.S. was winning, he was incredibly unpopular, especially among leftists and the university crowd, for his role in the war. 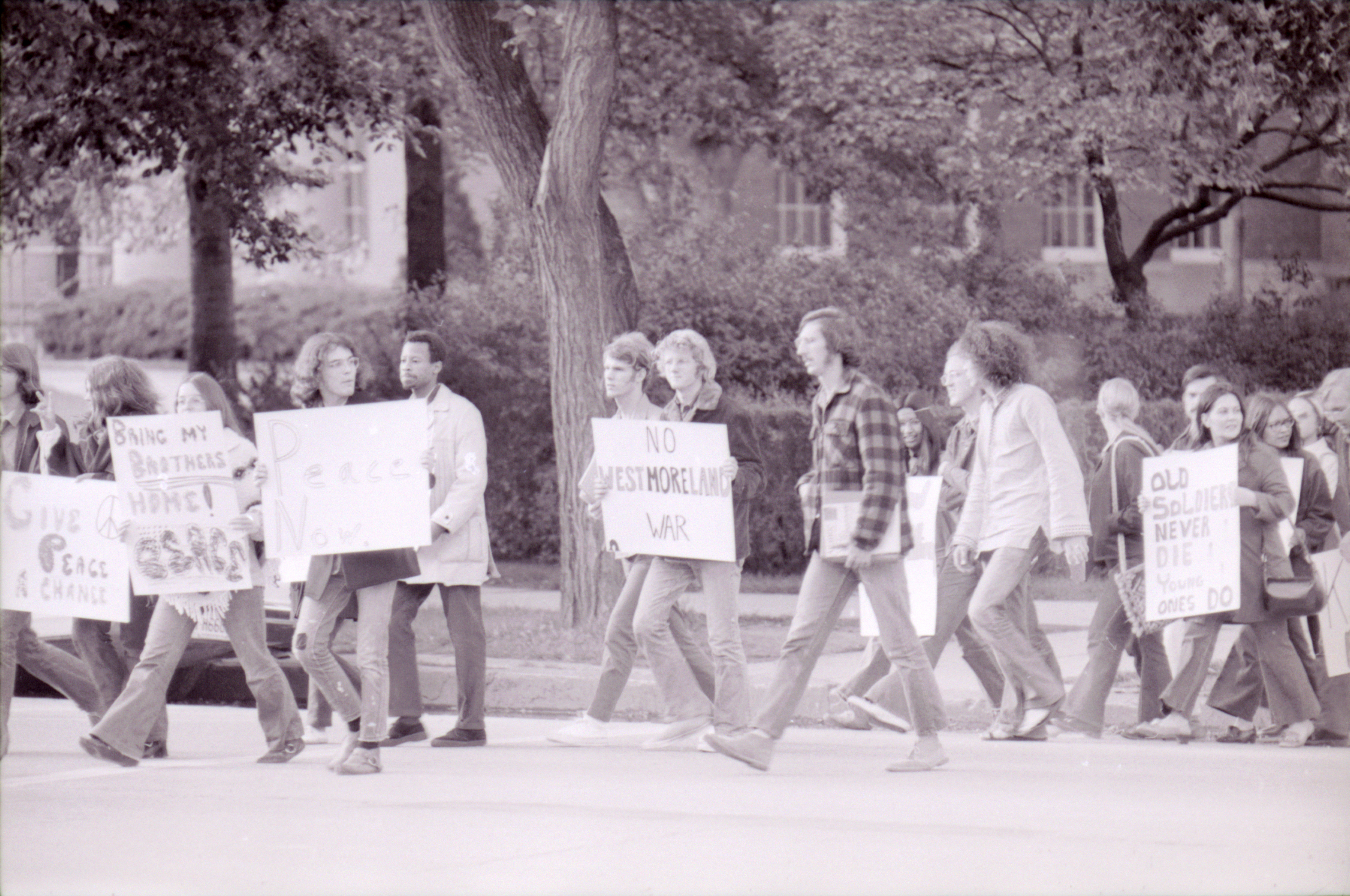 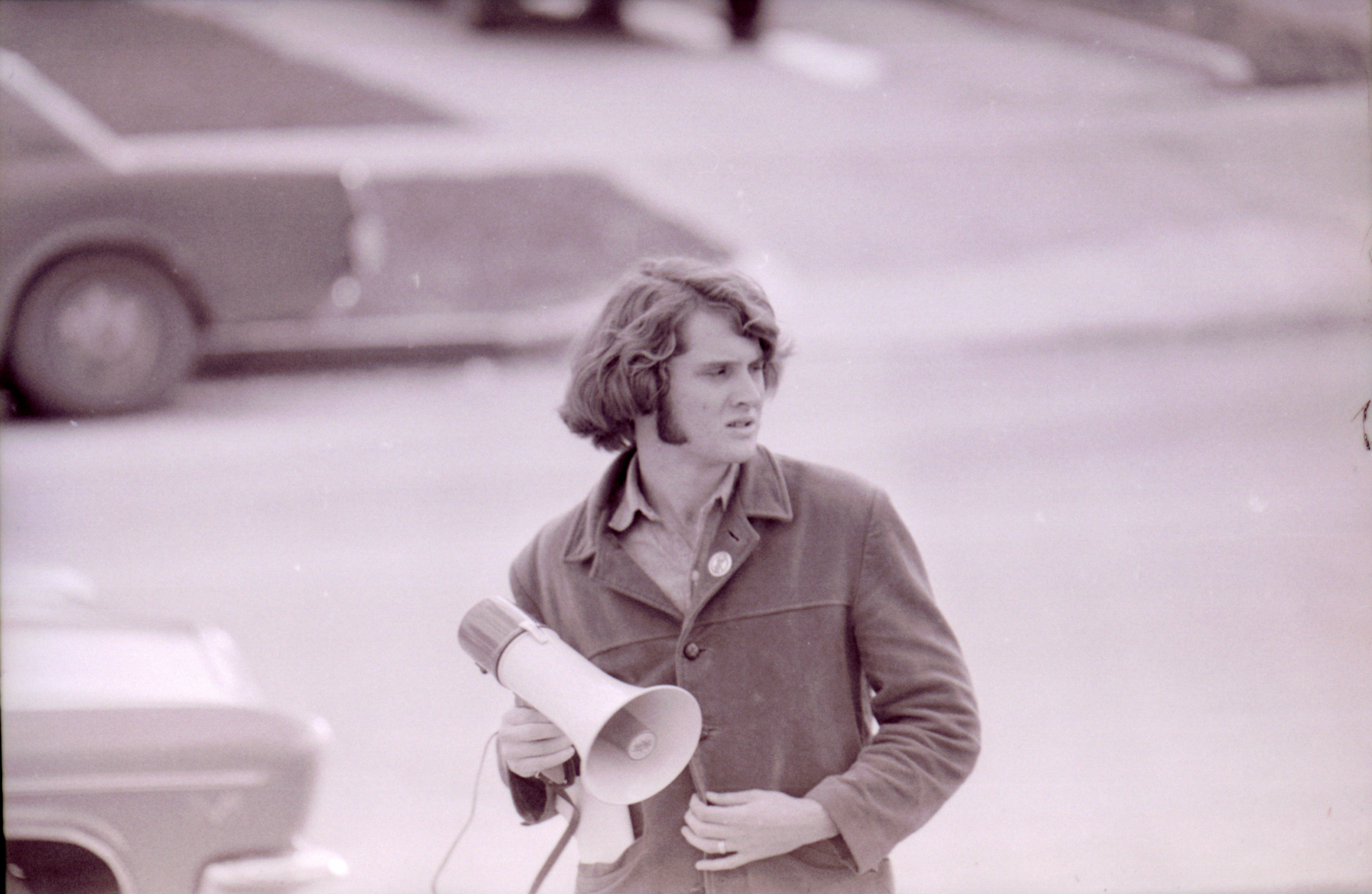 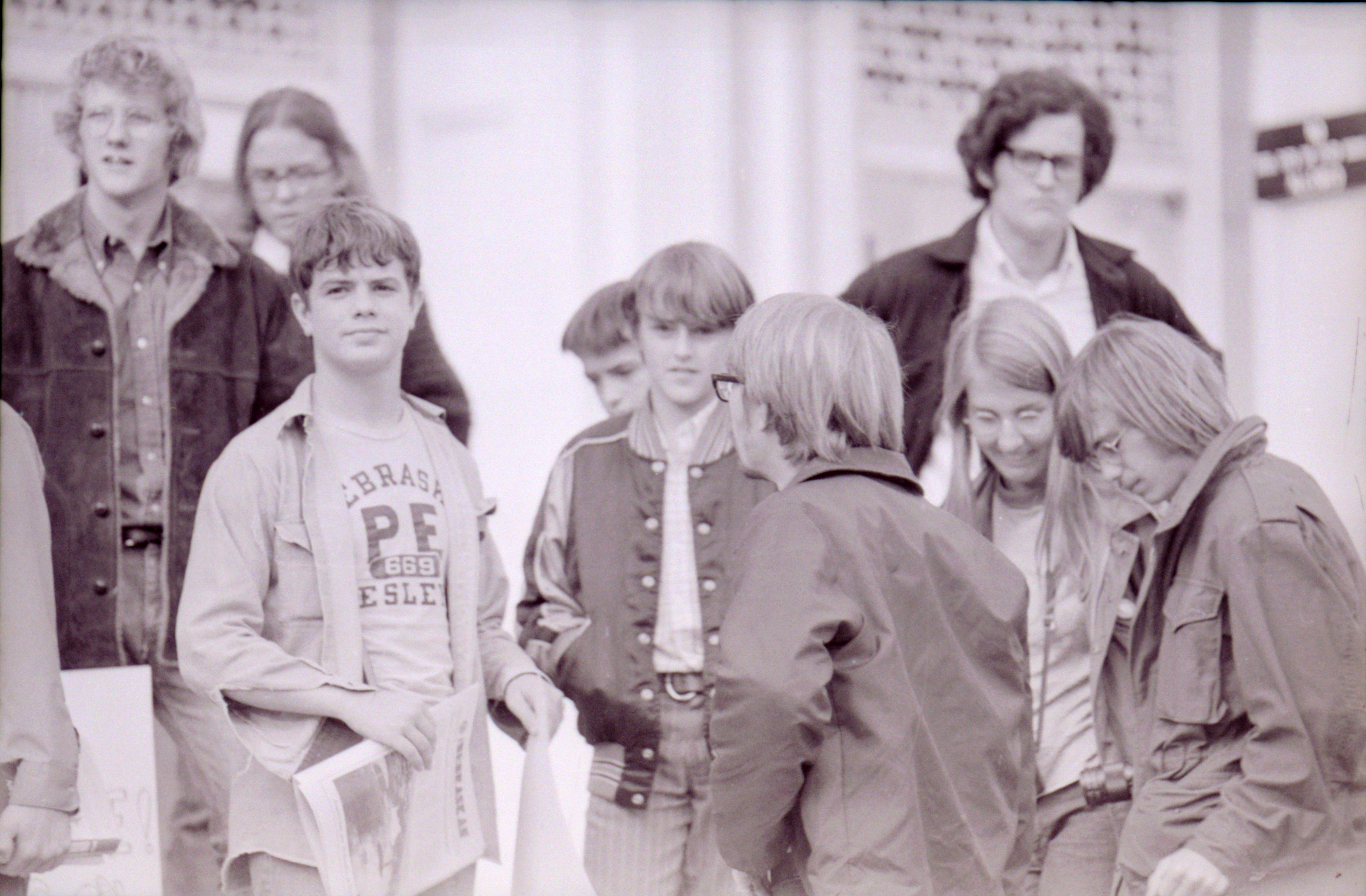 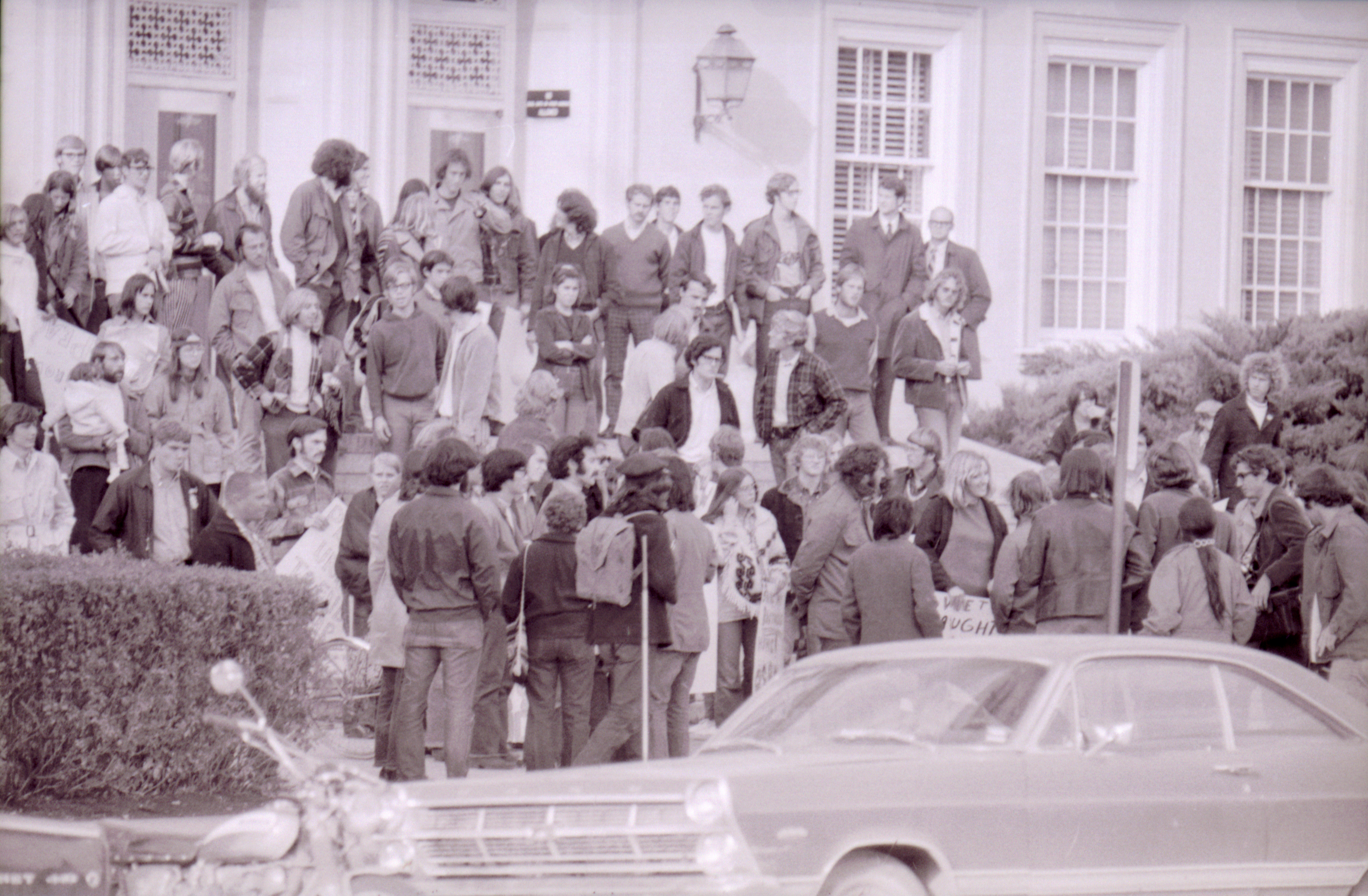 Explore the projects and resources below to learn more about mid-20th century student  movements and the Vietnam War.

How Concerts Reflected the Cultural Shift of the University of Nebraska-Lincoln’s Students in the Mid to Late 20th Century
Olivia Thompson, History 250: The Historian Craft, Fall 2019